Motion Estimation for Self-Driving Cars With a Generalized Camera 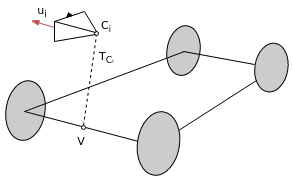 Figure 1: Construction of the camera system attached to a car.

A brief review of the paper

[1] Motion Estimation for Self-Driving Cars With a Generalized Camera

The task of estimating the position and orientation of a mobile system in space is a often found problem in modern machinery that has numerous solutions. In the past odometry as it is often called, has especially evolved with the raise of GPS and affordable small electronics like gyroscopes. Today such technologies are not only used in the fields of robotics and aeronautics but also for cars and even for mobile phones. In Respect of autonomous vehicles there is the need to have additional sources of information to determine the position of a car and enable compensation of the drawbacks of the other techniques. Therefore I have decided to take a closer look at a visual based solution as described in [1]. Egomotion or visual odometry as it is often called, is a convenient approach based on images made by cameras that enable the extraction of such information. Based on knowledge of the field of stereo vision one can extract the orientation and route a object took in space from sequential images.